The Faculty of Business Administration (FBA) of the University of Macau (UM) has officially received the EFMD Quality Improvement System (EQUIS) accreditation from the European Foundation for Management Development (EFMD). With the attainment of this prestigious accreditation, the FBA now joins an exclusive group of business schools in the world that have gained accreditations from the three major international accreditation bodies: EQUIS in the European Union, the Association to Advance Collegiate Schools of Business (AACSB) in the United States, and the Association of MBAs (AMBA) in the United Kingdom. There are only 116 triple-accredited business schools in the world.

According to UM Rector Yonghua Song, the attainment of the EQUIS accreditation by the FBA is of significant importance: ‘First, with this accreditation, the FBA can better benchmark itself against international standards and promote further development. Second, the FBA can offer more innovative courses that are important to Macao’s economic diversification as well as the development of the Guangdong-Macao In-depth Cooperation Zone in Hengqin and the Greater Bay Area, especially in the fields of finance, accounting, tourism management, and data science. Third, the FBA can further improve its teaching quality and cultivate more outstanding professionals for Macao and China.’

Reflecting on the journey of EQUIS accreditation, Prof Ge Wei, interim dean of the FBA, says: ‘The FBA has previously attained accreditations from AACSB and AMBA. Gaining the EQUIS accreditation will further put the faculty on the map of the world’s top business schools. It is a new start for our faculty.’

EQUIS is the leading international system of quality assessment, improvement, and accreditation of higher education institutions in management and business administration. Institutions that are accredited by EQUIS must demonstrate not only high general quality in areas such as management, teaching, and research, but also a high degree of internationalisation. With the aim of providing an excellent framework for assessing quality in highly diverse institutional and cultural contexts, EQUIS was created in 1997 by a mandate of EFMD’s member business schools, with the specific active support of business schools ranked among the top in Europe. 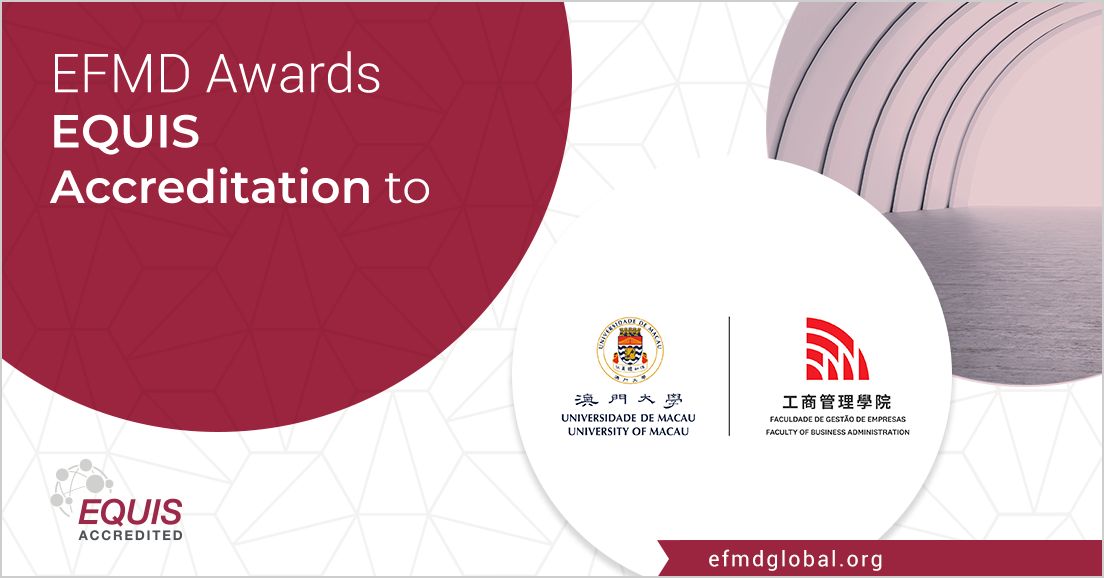